About a year ago, I had problems when sending data to a php page, using AJAX. To be able to unpack the data, I had to use stripslashes. Since it seemed to work, I was happy…until the world exploded.

I then developed a new web site for a company about a month ago, and just noticed that when posting HTML via AJAX in production, all line feeds turns into u000a: 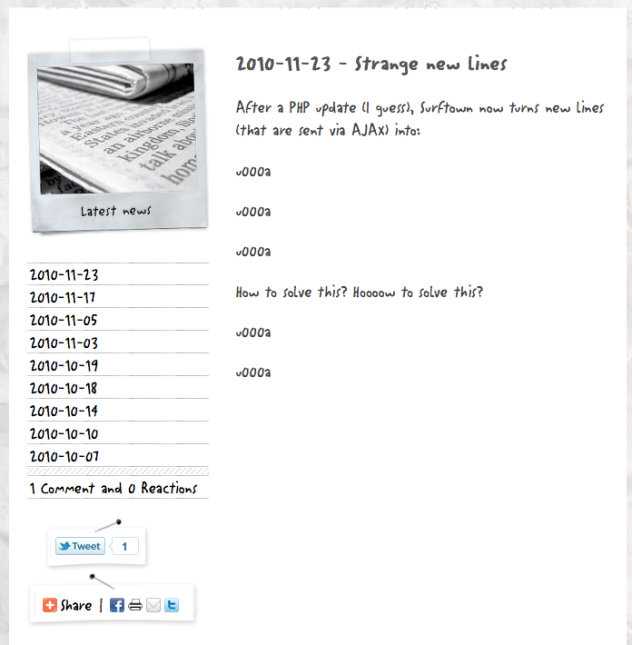 I first didn’t understand what happened, but realized that it must have something to do with the server’s php version or configuration. I had a chat with a friend and came up with the solution.

The purpose of magic quotes is to protect web sites from script injections, but since it didn’t work all that well, the feature is now deprecated. What it does is wrapping everything in escape slashes, which is why I had to use stripslashes when sending data with AJAX.

However, when magic quotes are disabled, stripping slashes will instead destroy the escaped line break, which gives the result that can be seen in the image above.

So, I am now disabling magic quotes for all sites, using this .htaccess line: