This Øredev 2013 session focused on mob programming, where the entire team works together on implementing changes and new features.

Roy seems to have charmed everyone. Everyone loves him. Everyone talks about him. And yes, his talk was very humble and relaxed, with a humorous approach to the subject of the hour - mob programming.

Mob programming is having a bunch of programmers working on the same thing at the same time all the time. Woody showed us pictures from his work to give us a hint of how they practice mob programming. He then showed a fast-forward movie that skipped through an entire day, his team working in front of two big screens, one driving, the others navigating. The video had great annotations that described what we saw, which made the process perfectly understandable. Very good.

In mob programming, you apply the driver/navigator paradigm, using one driver and several (the rest of the team) navigators. The entire team is constantly working as a unit. As the day goes on, we see people move around, always present but also free to take time away to perform individual work.

“So, how does mob programming scale?” he asks. “I have no answer to that. All I know is that we tried mob programming and it works for us”. You really can’t accuse this guy of selling anything. 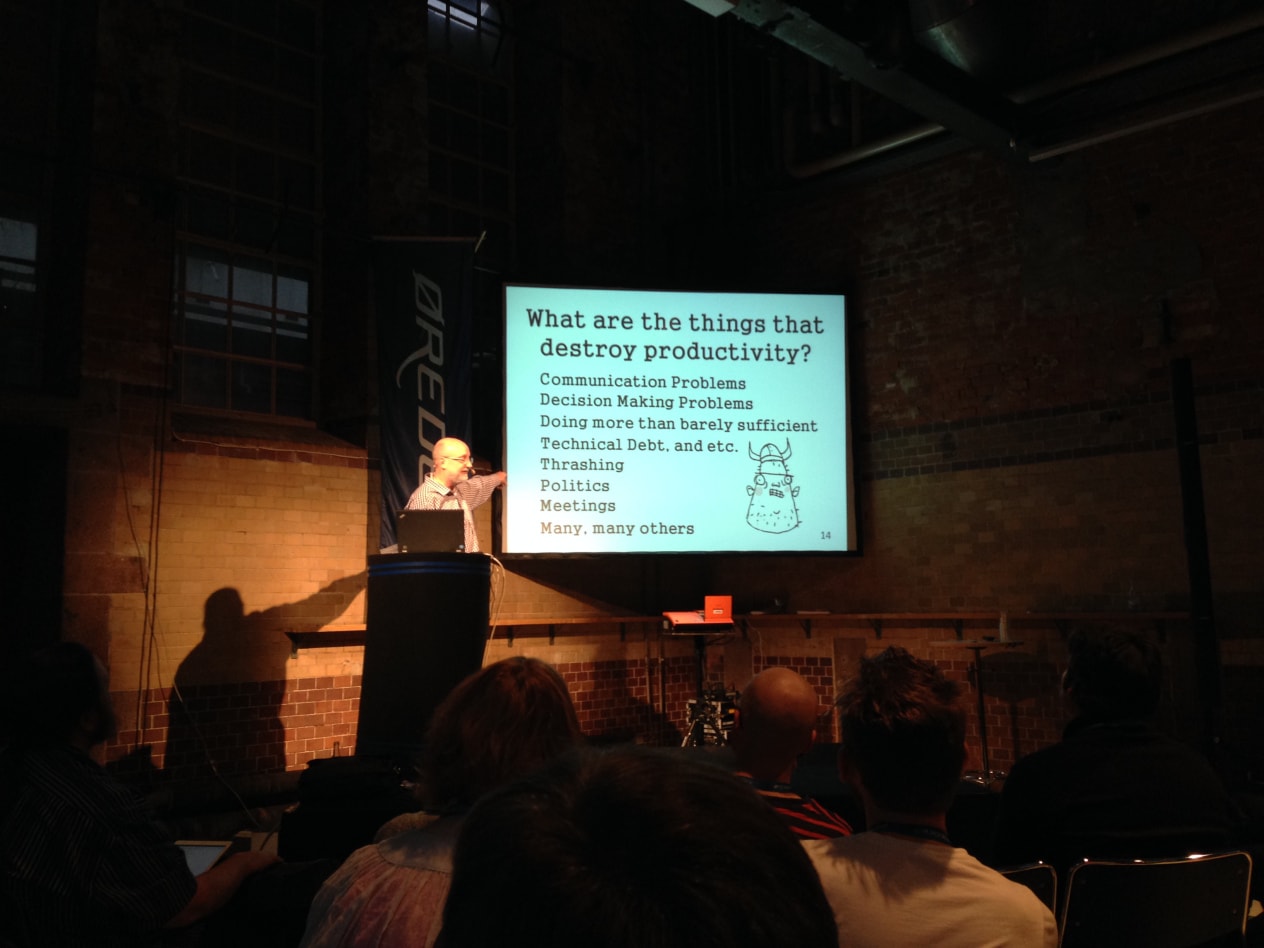 Woody packed the hour full of fun questions and quotes, like:

“We changed the timer sound to be really loud, like a kitchen timer. Do you have kitchens in Sweden?”

“How can we be more productive with five people at one computer. I don’t know, just that we are.”

It doesn’t look as fun in writing as it was during the session. To give the session justice, I recommend that you watch video. It’s a great watch.