I’m a bit late to this AI-based image party, but just wanted to write down some thoughts about DALL·E 2, Stable Diffusion and the new ecosystems of services that follow in their footsteps, such as PromptBase.

As many of you, I was excited to see tweets about DALL·E starting to pop up here and there, showing how AI-based image generation has reached a new level of quality. Although this kind of ML-based functionality has been around for quite some time now, being able to just go to a website, type a general, English sentence into a text field and generate an AI-based image in seconds is something new, that makes this amazing functionality available to the masses.

As people started getting access to DALL·E and begun to explore various styles and filters (and rage over the steep pricing model), the Internet started overflowing with creations. To me, it’s quite obvious that this level of common engagement in an AI-based service is unprecedented, at least in my personal filter bubble. Dare I say that DALL·E made AI finally cross the chasm?

However, as I started playing around with DALL·E, it soon became clear that it’s not as simple as typing a general, English sentence and pressing a button. Going from typing “a unicorn riding on a corn cob in a corn field” into DALL·E and getting this:

to getting a professional looking, hi-quality image obviously requires some additional instructions and a solid understanding of how to tell the engine what you want.

Another AI-based image generator tool that I’ve started seeing popping up, is Stable Diffusion, which I have yet to try out. This tweet makes a amazing job of explaining how to set it up and use it. However, as I read through the Twitter thread and its comments, levelsio had this great comment: 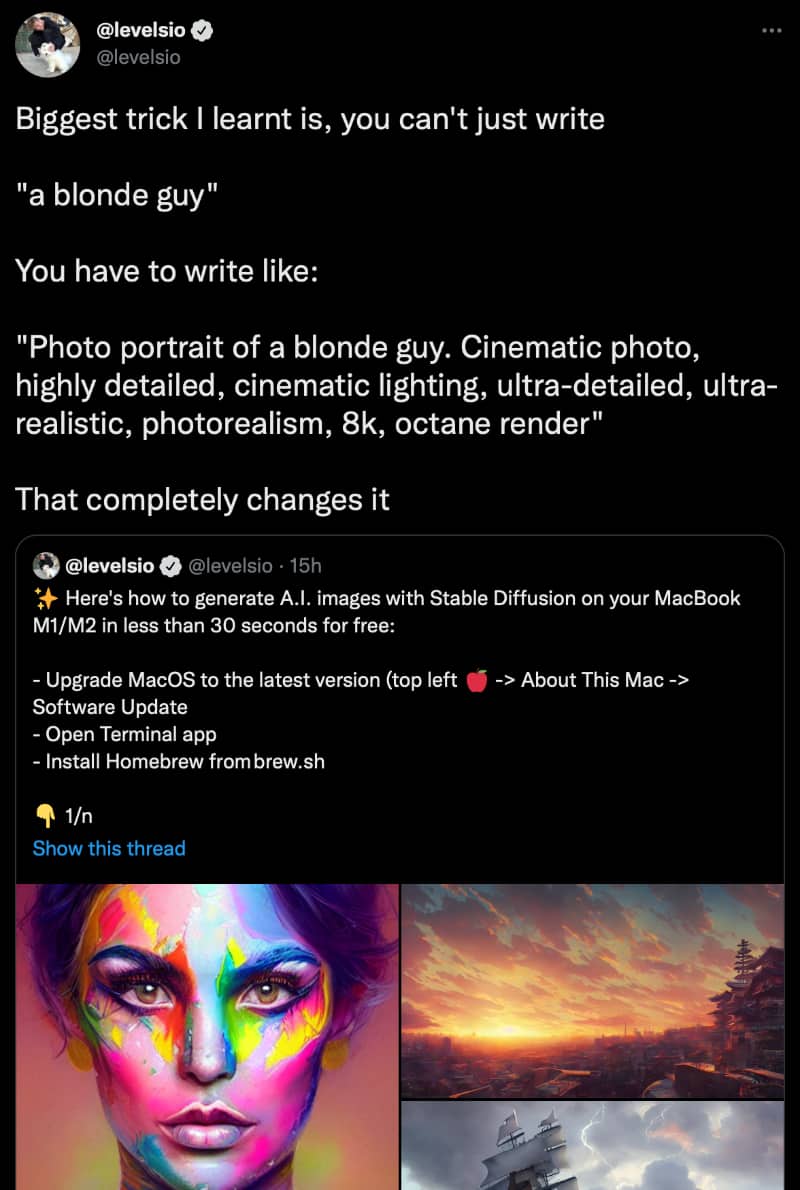 That’s a very valid point. When you think of it, telling DALL·E to generate “a unicorn riding on a corn cob in a corn field” and becoming disappointed with the output is pretty unfair. It actually solves the task flawlessly. The problem is that the sentence only defines the object and setting, and conveys nothing about the desired style, lightning etc. which gives the AI very little to work with. Shit in, shit out.

It turns out that mastering the tools is still as important as ever…and this is where my AI-based image generation journey (if you can call following a series of tweets a journey) took a new, unexpected turn, as I read this this reply from jbagley: 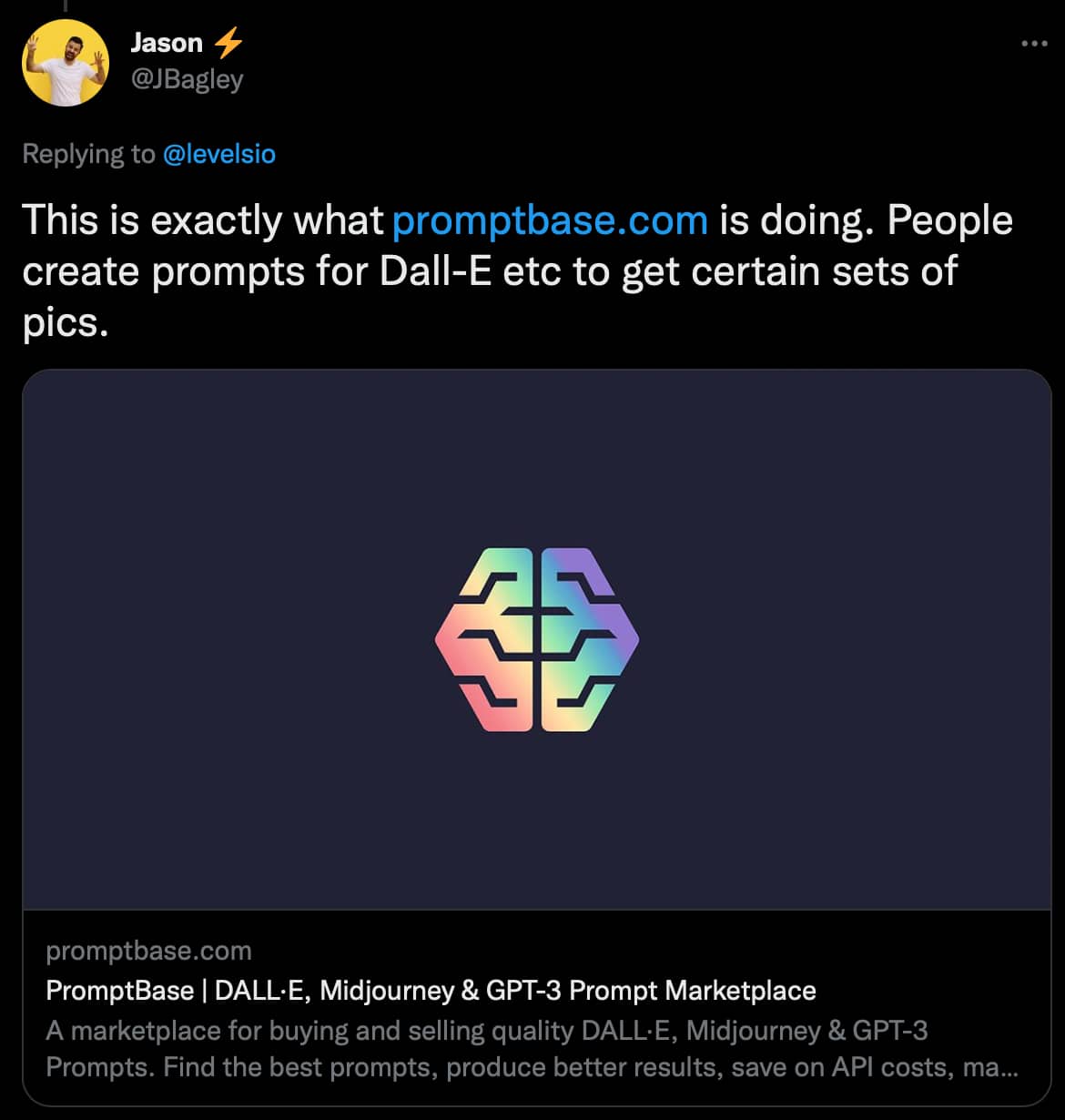 Turns out that there is now a service called promptbase that lets you “find top prompts, produce better results, save on API costs, sell your own prompts”. In short, they sell pre-defined prompts that you can use to make services like DALL·E generate more stable results, with a more cohesive style. For instance, you can buy a prompt that generates clay-styled emojis.

This made my day. To see humanity gather around a new piece of technology and come up with entirely new kinds of services is truly inspiring. I doubt I will use AI-based images in a real-life project any time soon, but the future sure looks promising. If you have any stories to tell about your own experiences with these groundbreaking technologies and services, I’d be very interested in hearing about them. I will also make sure to post if I ever get to use them in a professional situation.