A really useful tool that is never top of mind for me when automating a workflow, is the native OS X application Automator. 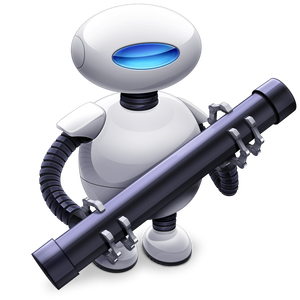 Instead of doing this manually, I created an Automator workflow that takes all my retina iPad screens, then resizes and crops it to the four remaining sizes. The entire workflow completes in less than one minute, instead of me havng to do this repetitive task manually and much, MUCH slower.

Instead, the ImageMagick add-on seems to be a god fit for the Mac. It lets me run it as a shell script in my workflow, which takes some weight of the non-developer drag-and-drop guilt I so often feel when using Automator. I now use this add-on to great extent and it works great.